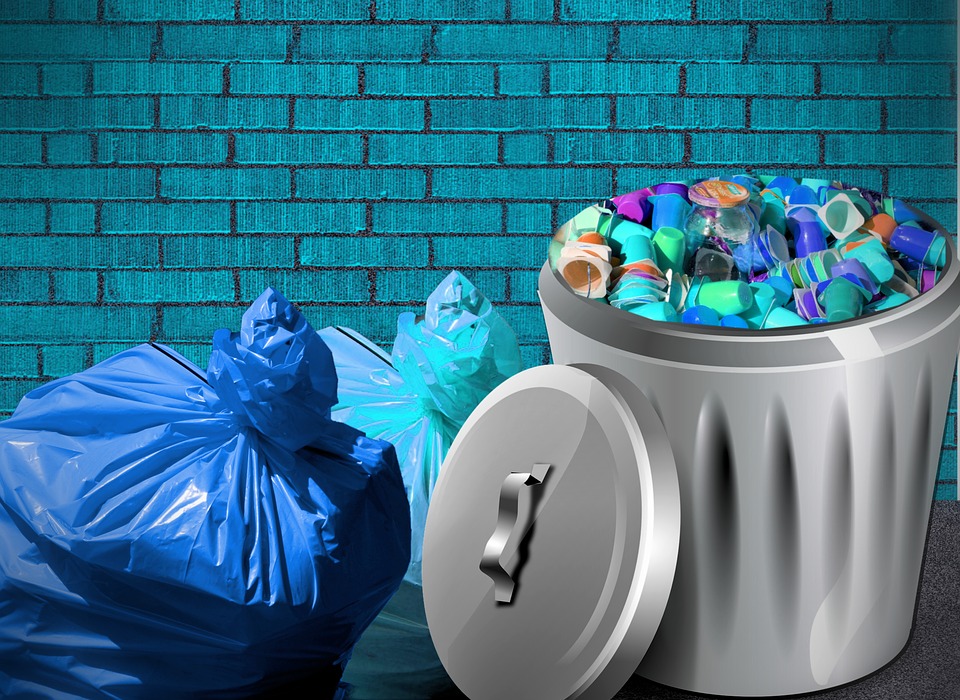 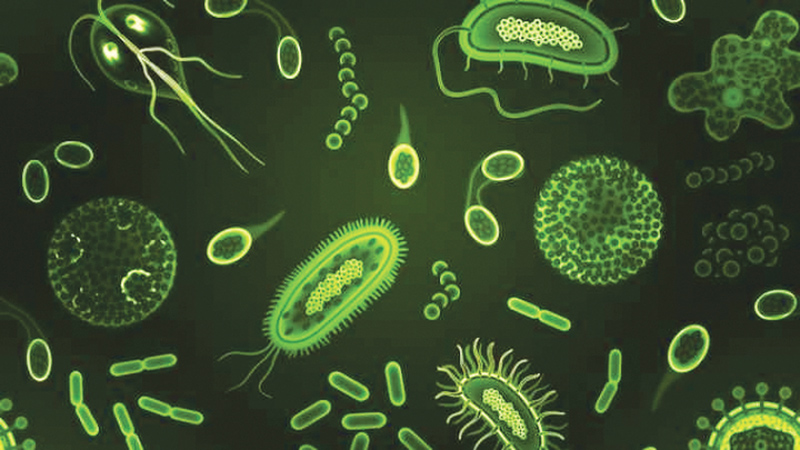 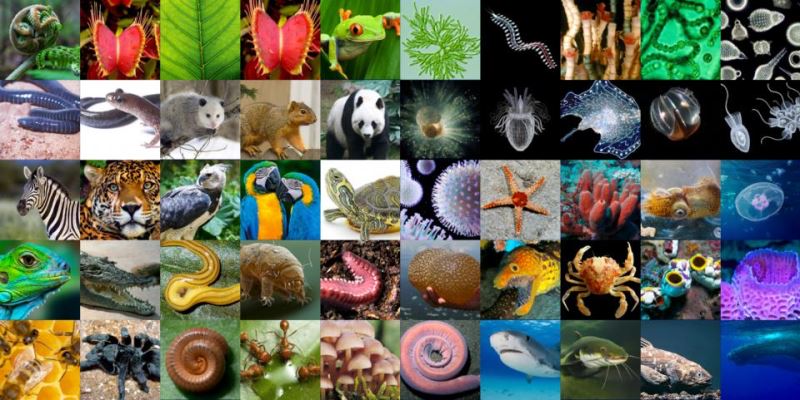 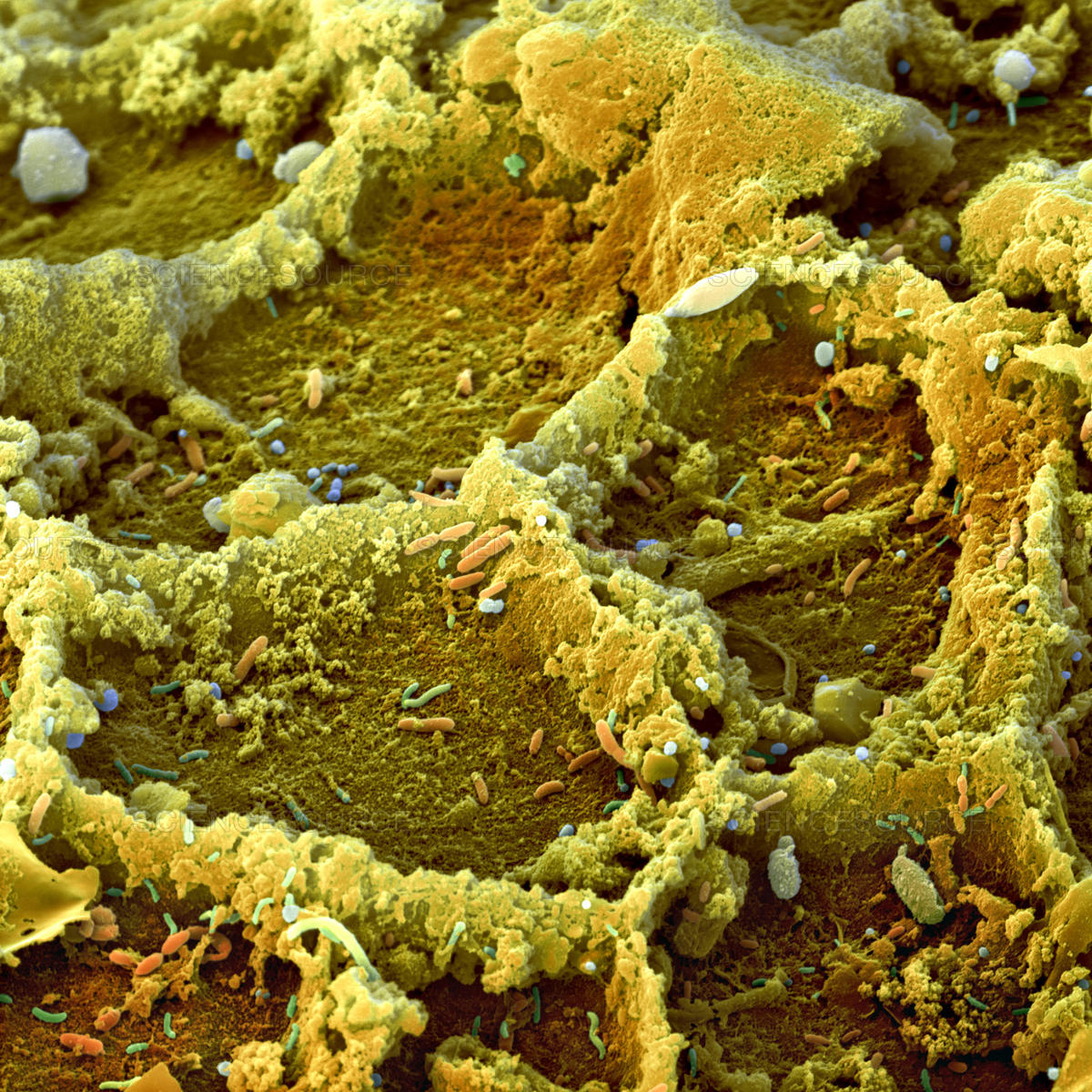 The microorganisms which inhabit the aerobic biological treatment systems include bacteria, fungi, algae, protozoa, rotifers, and other higher animals.

Biological methods include the use of microorganisms such as bacteria, fungi, algae, virus and protozoa in techniques like composting, activated sludge, trickling filters and oxidation ponds. Recent scientific progress in applying microorganisms to environmental management includes hybrid applications that combine microbial methods with physical and chemical ones; these include bioreactor landfills, anaerobic digestion and vermin culture technology.

The Fungi play an important role in the stabilization of organic wastes. Like the bacteria, the fungi can metabolize almost every type of organic compound found in industrial wastes. The fungi have the potential ability to predominate over the bacteria but they do not except under unusual environmental conditions.

Low oxygen tension results from a low oxygen supply or from a high organic load causing the demand to exceed the supply. Under reduced oxygen levels, metabolism does not proceed to carbon dioxide and water but stops with the formation of organic alcohols, aldehydes, and acids. If the system lacks sufficient buffer, the organic acids depress the pH to the more favorable range for fungi.

Thus, it can be seen that low oxygen tension and pH can be interrelated. Many of the fungi grow well at pH 4 to 5 while few bacteria are able to grow well enough to compete. Fungi require less nitrogen than bacteria per unit mass of protoplasm. In nitrogen deficient wastes, the fungi are able to synthesize more active masses of protoplasm from the wastes than are the bacteria and predominate. Bacteria average approximately 10 to 12% nitrogen while fungi range from 5 to 6% nitrogen. Under normal environmental conditions fungi will be present and will aid in the stabilization of the organic matter. But the fungi are of secondary importance and will not predominate.

The algae are the third form of biological plants which play a part in the over-all stabilization of organic wastes. Since the algae obtain their energy for synthesis from sunlight, they do not have to metabolize the organic compounds like the bacteria and the fungi.

To form protoplasm the algae primarily utilize the inorganic components of the wastes, for example, ammonia, carbon dioxide, phosphate, magnesium, potassium, iron, calcium, sulfate, sodium and other ions. It is possible to have algae and the bacteria predominate together since they do not utilize the same waste components.

In the absence of sunlight the algae must obtain the energy required to stay alive from the metabolism of organic matter in the same manner as bacteria and fungi. This organic matter normally comes from stored food within the cell but in some algal species it can come from the organic material in the wastes.

Viruses are particles assembled from the biopolymers, which are capable of multiplying and assembling as new virus particles inside living prokaryotic or eukaryotic cells.In the environment, viruses are important for the following. reasons: pathogenic viruses must be removed, retained or destroyed during water and wastewater treatment; viruses of bacteria (bacteriophages) can infect and degrade the bacterial cultures in the environment; and bacteriophages can be used for the detection of specific microbial pollution of waste in the environment.

The protozoa are the simplest animals found in waste disposal systems. The role that the protozoa play in stabilizing. organic wastes has only recently been clarified by combining a study of pure culture protozoa (Gram, 1953, unpublished observations) with the natural observations in various biological treatment systems.

This study showed that rather than being the primary mechanism of purification, the protozoa were responsible for reducing the number of free-swimming bacteria, thus aiding in producing a clarified effluent. The succession of protozoa had long been observed in biological waste disposal systems but there was no explanation of the reasons for this succession. The succession of protozoa is affected by the same factors which affect the predominance of any biological species. The type of food and the competition for food are the major factors which determine the predominance of the protozoa.

The Sarcodina are only briefly found in aerobic waste treatment systems since they do not find sufficient food to compete with the bacteria and other biological forms. The Phyto-Mastigophora survive a little longer than the Sarcodina as they take in soluble organics for their food but they are unable to compete against the bacteria and are soon displaced. </p>

The succession of protozoa offers a good index of stability of the biological waste treatment system. Efforts have been made to relate the numbers of protozoa to the degree of stabilization but they have not been successful since the same numerical population exists at two separate and distinct levels of purification.

Low numbers of free- swimming Ciliata occur at both a low degree of purification, 20 to 40%, and at high purification, 75 to 95%. The relative types of protozoa and relative numbers can be used for any particular system to estimate the rough efficiency, ±10%, of any biological treatment system.

The protozoa can also be used to indicate deficiencies of certain essential elements such as nitrogen or phosphorus. Nutrient deficiencies will reduce both number of species and number of any particular specie.

In view of the environmental-friendly and cost-effective benefits of using microorganisms in waste management, and considering the biodegradable nature of the voluminous waste generated in countries like Nigeria, the following are viable recommendation from this discuss: